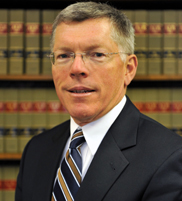 Mr. Irwin was an Assistant Prosecutor in Bergen County from 1980-1982, at which time he joined Harwood Lloyd. He is a former member of the District Ethics Committee for Bergen County.

Mr. Irwin has been named by New Jersey Super Lawyers® magazine as one of the top attorneys in New Jersey for 2019. The selections for this list are made by the research team at Super Lawyers, which is a service of the Thomson Reuters, Legal division based in Egan, MN. Each year, the research team at Super Lawyers undertakes a multi-phase selection process that includes a statewide survey of lawyers, independent evaluation of candidates by the attorney-led research staff, a peer review of candidates by practice area, and a good-standing and disciplinary check. The decisions made by Super Lawyers have not been approved by the New Jersey Supreme Court.

Mr. Irwin is designated by the New Jersey Supreme Court as a Certified Civil Trial Attorney. Certified Civil Trial Attorneys have demonstrated levels of experience, education, knowledge and skill in civil trial practice as recognized by other attorneys and judges familiar with their work. To attain and maintain this designation involved a written examination and ongoing continuing legal education requirements in civil trial law. Less than 2% of New Jersey attorneys are certified by the New Jersey Supreme Court.